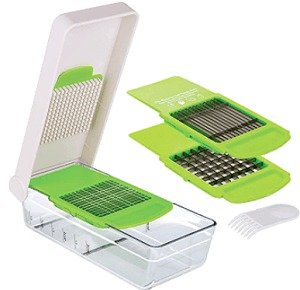 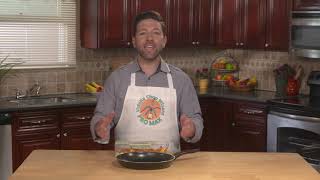 The Vadalia Chop Wizard Pro Max is a tool that's meant to help you quickly slice, dice and chop virtually any vegetable, plus a variety of other food items, like potatoes and boiled eggs. It holds up to three cups of food and can be used as a measuring cup since it contains measuring lines from a half cup all the way up to three. This compact kitchen tool doesn't require electricity or batteries for operation and is dishwasher safe.

Price is from As Seen on TV Commercial page: vidaliapromax.com

When you're closing the lid of your Vadalia Chop Wizard Pro Max, in order to make a cut with its blade, it's a great idea to hold onto your device's container at the same time. Otherwise, even if you were to use only a moderate amount of force, your device could tip over or go flying off your counter during the cut. To hold onto both the lid and the container, it's best to place your non-dominant hand on the container and use your dominant hand to close the lid of your device.

With this cutting device, you'll be able to chop at least one whole vegetable in just one second, while it might take you several minutes to chop the same vegetable up with a knife. It follows that if you use this device instead of a knife to chop all the food items you need to on a given day, your food will be on your table much faster. In fact, a list of food-chopping tasks that may have taken you an hour or longer in the past may only take you a few minutes.

Do not buy Vadalia Chop Wizard Pro Max online before searching Amazon.
- Alternatives or the same items are always available and sometimes at lower prices.

Do not buy Vadalia Chop Wizard Pro Max online before searching Amazon.
- Alternatives or the same items are always available and sometimes at lower prices. 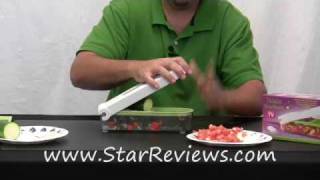 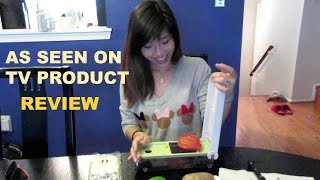