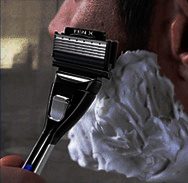 Ten X Razor is a unique shaving device that utilizes a double-sided cartridge fitted onto a hinge that can rotate at a 180-degree angle aimed to give you the closest of shaves. When one side of your cartridge goes blunt you don’t need to worry about changing blades or running to the store for a fresh one. The unused cartridge remains protected by a special shield that helps prevent the blade’s edge from getting damaged.

Price is from As Seen on TV Commercial page: tenxrazor.com

What Makes it Different

When it comes to having a shave that is close yet comfortable it is important to make use of a device that is well equipped to deal with the subtle contours of the face. Those who have used razors with a fixed arm and swivel at all know all about how that feels when dragged across the face while shaving. As a result, you can now find razors that show some degree of flexibility in their arm such that the razor blade has a softer feel across the face.

Ten X Razor takes this idea one step further by allowing the razor to shave across your skin at almost any possible angle without change in its precision. This allows for not just a supremely comfortable shave but one that is clean and close.

When it comes to shaving, the less the number of swipes one has to give the skin with the blade the better. The more the rub over the skin, the greater the chance of one’s skin getting damaged and broken. This is especially true for razor cartridges that have just one or two blades installed within them. As a result, one has to apply many more shaving strokes over one’s skin than if the number of blades within the razor were more.

With Ten X Razor, each cartridge is fitted with 5 precision blades on each of its sides. As a result, at any one time, you will be cutting away your beard around 5 times faster than if you were using just one blade, and that too, with each stroke of your cartridge. This, in turn, not only would end up saving your skin from unnecessary abrasion but also a few extra moments of valuable time while giving you the clean, close shave you desire.

Ten X Razor cartridge has two sets of shaving blades which, in effect, allows you to do with just half the number of cartridges than otherwise.

What’s more, with your purchase you will even get a toiletry bag, shaving butter, an after-shave balm, and 5 additional razor cartridges that might even last you all year long. To save you a further bit of cash, the manufacturers have also allowed this product to be shipped to you without charging you for shipping.

Do not buy Ten X Razor online before searching Amazon.
- Alternatives or the same items are always available and sometimes at lower prices.

Do not buy Ten X Razor online before searching Amazon.
- Alternatives or the same items are always available and sometimes at lower prices. 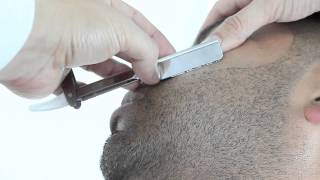 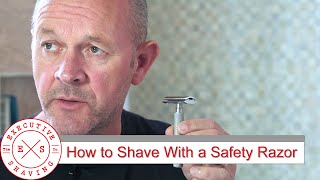 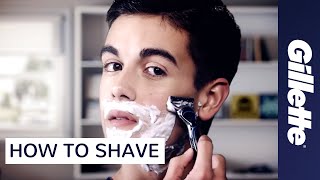