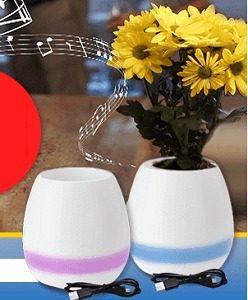 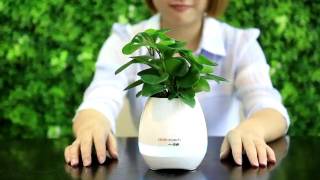 Smart Vase is a fun and interesting way to display flowers in your home. Rather than being just a vase, Smart Vase has several different functions. This vase is an all-in-one decorative planter, speaker, and LED light. Inside the vase, there is a unique technology that allows for it to be enjoyed as more than just a simple decoration. While it can be displayed in your home, this vase can also be used as an interactive device.

Price is from As Seen on TV Commercial page: buysmartvase.com

There are many different vases out there that are branded as "Smart Vases" for a variety of different reasons. As for this particular brand, it differs from competitors due to its four-in-one functionality. Not only does it function as a vase, but it also works as an LED light, a Bluetooth speaker, and it has the touch sensitive technology that makes the vase interactive. There are several vases on the market that connect with your smartphone, but none of them have the same four-in-one technology that the Smart Vase has.

Like most Bluetooth devices, this produce connects with your Apple or Android smartphone via the "Settings" and "Bluetooth" menu. Once connected, you can choose your music and play it out loud from the vase itself.

For the LED lights, the side buttons near the bottom of the vase allow you to change the LED colors or choose for the seven different colors to rotate. The buttons on the side also allow for you to choose to turn on the touch-sensitive technology to play the piano notes when touching the flowers inside the vase.

Do not buy Smart Vase online before searching Amazon.
- Alternatives or the same items are always available and sometimes at lower prices.

Do not buy Smart Vase online before searching Amazon.
- Alternatives or the same items are always available and sometimes at lower prices. 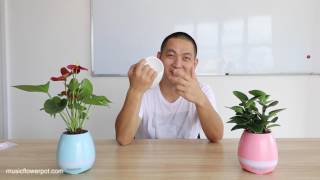 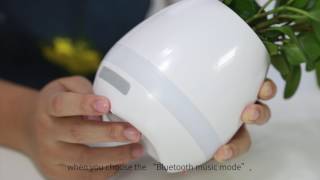 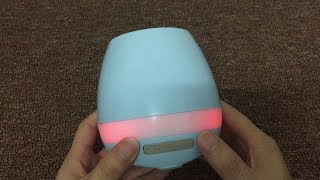