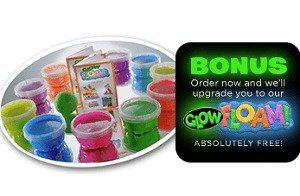 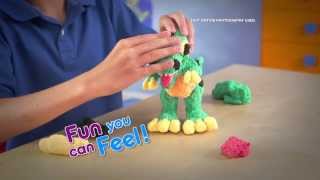 Floam is stretchy, squishy material that's been designed to allow kids to create fun objects to play with over and over again. You should be able to use it to make colorful objects such as animals, plants, boats, cars, and balls. When you're done playing with them, you can simply take them apart and use your Floam to create new items of your choice. This fun, squishy substance can also be used to decorate existing objects you have around your home.

Price is from As Seen on TV Commercial page: glowfloam.com 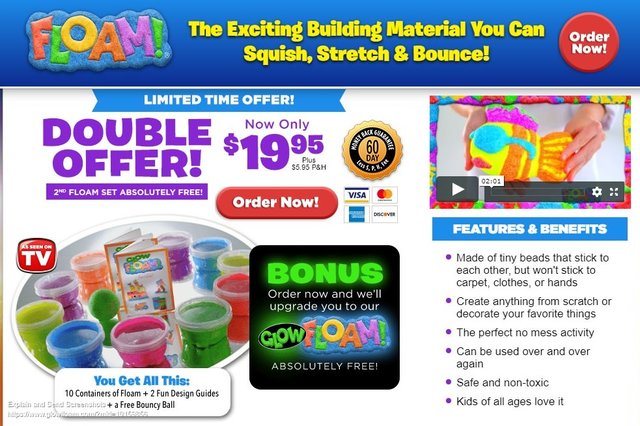 A blob of Floam is made up of super-tiny beads that'll stick to each other, so you'll be able to stick them together in order to create almost any semi-solid, yet squishy and bouncy object. However, these beads will not stick to fabric or skin, which means you won't end up having to clean them off yourself, another person, your clothing or your carpet. There'll be virtually no mess for you to clean up after you're done using Floam since all you'll need to do is gather each color you have back up into its own sticky blob.

When you're done using this squishy material for a while, it's a good idea to try and get all your rolled-up balls into their original containers and seal them with the corresponding lids. Although this squishy substance may not dry out anyway, this is an excellent way of ensuring that it'll last as long as possible. If you can't roll up your colored balls small enough to get them inside their original containers, try and find some similar plastic containers with lids to store them in while they're not being used.

Instead of getting your child a bunch of rubber or plastic toys in different shapes, or ones that represent different creatures, you can instead get a package of this sticky material. That way, they'll be able to make any toy they'd like with it. Plus, when they get tired of a particular toy, they can just turn it into something else instead of asking you to get them a new one at the store.

Do not buy Floam online before searching Amazon.
- Alternatives or the same items are always available and sometimes at lower prices.

Do not buy Floam online before searching Amazon.
- Alternatives or the same items are always available and sometimes at lower prices. 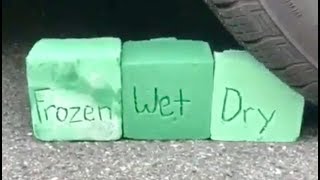 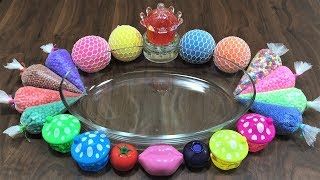