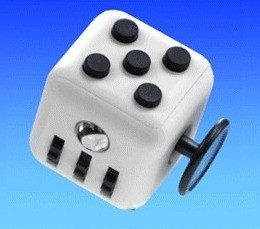 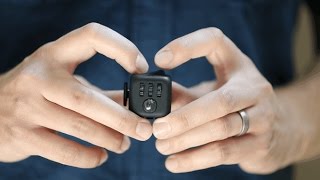 The Fidget Fun Block is a small, palm sized block with six sides each of which offers fun fidgeting mechanisms. With over six different options, students and adults alike get the chance to fidget discretely, in the palm of their hand without bothering others. You can use it while you are studying and need a distraction. Instead, play with it during office meeting, or in school when you feel the need to fidget creeping up in you.

This price was obtained from the As Seen on TV commercial page ( www.fidgetfunblock.com ) which was taken offline due to Fidget Fun Block being discontinued. Fidget Fun Block may still be found for sale on Amazon or Ebay.

This price was obtained from the As Seen on TV commercial page ( www.fidgetfunblock.com ) which was taken offline due to Fidget Fun Block being discontinued. Fidget Fun Block may still be found for sale on Amazon or Ebay.

One side has a spinning function which you can use to spin the circle around and around. You will find that one side has a switch much like a standard light switch that you can flip continually back and forth. Another side has a circular disk that you press down and then press to release so you can do that regularly. Yet another side has five different buttons on it which you can press down. The fifth side of course has three different knobs on it which click regularly in a circular fashion.

Pencil drumming and constant fidgeting can actually help you live longer. Longer periods of sitting down without movement increases your chance for mortality. However, new studies suggest that fidgeting is a good way to counteract these negative health effects. Researchers surveyed almost 13,000 women between the age of 35 and 69 in the UK which included questions regarding physical activity levels, fidgeting, and health behaviors.

Among women who had low fidgeting scores, sitting for seven hours per day or more increased the health risk of premature mortality by 43% . When compared to women who sat for five hours a day or less. Participants who fidgeted in the middle or high categories had no greater increase of dying even when they set for long periods of time. Naturally further research is necessary but it does raise questions about how fidgeting which was previously considered rude can be good for your health.

Do not buy Fidget Fun Block online before searching Amazon.
- Alternatives or the same items are always available and sometimes at lower prices.

Do not buy Fidget Fun Block online before searching Amazon.
- Alternatives or the same items are always available and sometimes at lower prices. 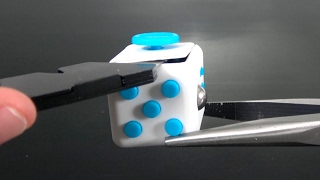 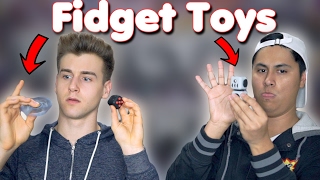 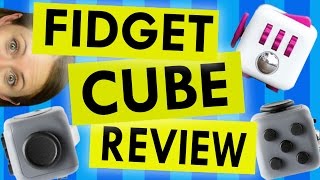 Everyone should know that all of these cubes are direct imitations of the only original, authentic and patent pending cubical solution. The squidget. We have been working with medical, therapeutic, educational and advocates for special needs for over eight years to come up with this unique and original design. We posted it on kickstarter in 2014 and lo and behold, two individuals who are quite good at ks, created a direct copy. Or so they thought.
Our motto is 'invent, don't imitate' and 'create ( based upon real science ), don't copy.
Fortunately, neither of the two brothers had any idea what they were copying or the science behind it.
We have had hundreds of individuals tell us that after falling for their 'slick sell' and purchasing one, they realized as soon as they got a real, authentic and original cubical fidgeting solution into their hands, their was absolutely no comparison. The squidget has far and away beaten all of the copycats, hands down on every aspect of functionality and purpose.
Our patent will finally be issued shortly, after three years, long before the bros had the idea to copy something they didn't have a clue to understand. At that point, we will put the full force of the courts to work to prevent millions of others ( fortunately they only reached a fraction of our community base worldwide ) from falling victim to the hoax.
If you would like to test the only original, authentic, scientific research based cubical solution, feel free to either contact us at 'info@squidgetinc.com' or visit our website and order one.
I am posting this because it is the truth and welcome anyone trying to legitimately refute these actual facts with their 'alternate facts'. 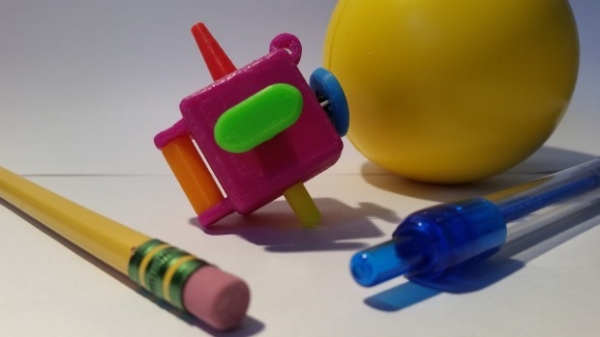