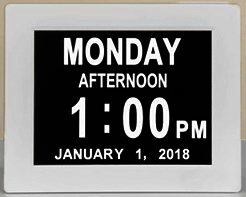 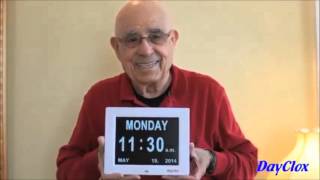 Clever Clock is a rectangular-shaped clock that you can hang on the wall or place almost anywhere in your home. Unlike most clocks, it shows the day of the week, the date and the part of the day (such as morning, afternoon or evening) along with the time, all in an extra-large font. When you glance over at it, you'll be able to read it instantly, without squinting like you may have to when trying to read a watch or a clock with smaller numbers.

This price was obtained from the As Seen on TV commercial page ( www.buycleverclock.com ) which was taken offline due to Clever Clock being discontinued. Clever Clock may still be found for sale on Amazon or Ebay.

This price was obtained from the As Seen on TV commercial page ( www.buycleverclock.com ) which was taken offline due to Clever Clock being discontinued. Clever Clock may still be found for sale on Amazon or Ebay.

If you're a busy person experiencing a few minutes of relaxation at home, you won't need to waste your precious time squinting at a watch or your phone's screen to determine the day and time. Instead, you'll be able to quickly take a look at your Clever Clock to glean all this information in about two seconds—and then get on with your day. The same goes if you're working in a busy office with new tasks coming up at what feels like every moment.

This clock will perform the functions of a calendar, wall clock, desk clock, radio and watch, so if you have a Clever Clock, you won't need to make sure you always have the other five. If another clock or radio breaks, you won't have to replace it immediately, nor will you have to go out and get a calendar on the first day of each new year.

Do not buy Clever Clock online before searching Amazon.
- Alternatives or the same items are always available and sometimes at lower prices.

Do not buy Clever Clock online before searching Amazon.
- Alternatives or the same items are always available and sometimes at lower prices. 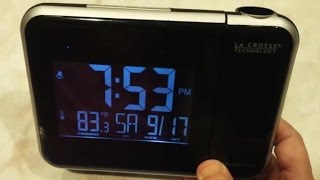 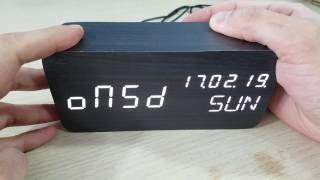 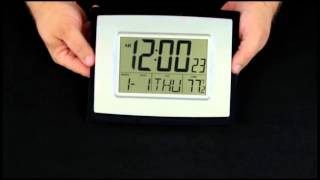 I ordered the CLCK19TV1D on 04/09/2018, and have never received them yet, what's the problem? Had ordered 2 Deluxe Clever Clocks in White Had the Separate Fee on CLCK19 FEE.

Ordered Clock 7-9 and was just contacted saying product discontinued by Clever Clock. You can get it on Amazon for more but at least you can get it. I wanted to order an additional 2 because all my moms elderly friends wanted one. She tells me thank you many times per week as it helps her with her memory issues. Great clock not this company (this is only one company that makes or brands this clock from China).

WHERE IS MY MONEY!

Send my $60. 00 back! You deducted it from my account when and I want it back in my a count right now! I am reporting you to my bank's fraud united tomorrow, 7/15/18 at 5:00 o'clock pm if the money is not in my account by then. Joan mckenzie Near phoenix. Az.

WHERE ARE MY CLOCKS!

I inadvertently ordered TWO sets, realizing there were 2 in the order. Therefore I actually ordered Four clocks. I immediately emailed the company (after some $60.00 was deducted from my account. NO RESPONSE — NO CLOCKS for my $60+. Who.

I have not gotten my Clever Clock . I sent the money order April 16, 2018 . L hope to get my clocks. Soon as you can . When I called she said that they were out of those clock hope to get some soon . Just sent me my clocks . JUDITH A KOHLER.

4 of 4 people found this review helpful.