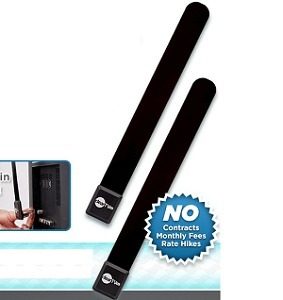 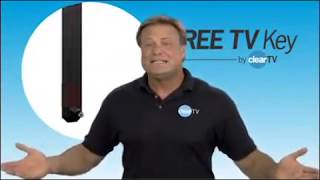 Clear TV Key Antenna is a small, new, digital antenna whose design is meant to attach directly to the cable output on your regular television. Once attached, it offers access to free high definition television without traditional antennas, wires, or contracts. The company claims that with this antenna you can cancel your cable subscription and receive hundreds of channels for free, without the hassle of contracts or monthly payments. Allegedly, all you must do is plug this antenna into your television, and start viewing.

This price was obtained from the As Seen on TV commercial page ( www2.cleartvkey.com ) which was taken offline due to Clear Tv Key being discontinued. Clear Tv Key may still be found for sale on Amazon or Ebay.

This price was obtained from the As Seen on TV commercial page ( www2.cleartvkey.com ) which was taken offline due to Clear Tv Key being discontinued. Clear Tv Key may still be found for sale on Amazon or Ebay.

Antennas pick up radio waves which are sent by way of broadcast towers. The antenna puts the electrical information together again, forming the images that are shown on your screen. Between digital and analog signals, the biggest difference is that digital can be better recreated without as much information lost. It is this which produces better quality.
After 2009, all u. S. Broadcasters were legally required to transmit with digital only ( this was after the removal of analog and the nationwide switch to digital cable ). This digital television transition required television watchers to invest in digital antennas in order to pick up the radio waves, antennas like this one.

The clear tv antenna is a modified version of the previous clear tv and clear tv black box. This key antenna really works as a small digital antenna that picks up the television waves sent through the air in your area. With this, it allows you to watch broadcast television without a cable contract or fees. Said antenna plugs into the tv cable output, and then picks up on whatever is being broadcast in your area. This is done without charging you a cable bill each month. The commercial claims that you can watch things like pbs, fox, nbc, or sports without antennas or wires. It can also be attached in places like a boat, in an rv, or to a television you brought with you on a picnic. As such, it enables you to watch television for free while you are on vacation too.

Compared to older versions of this antenna, and other antennas like it, there are two things which set this design apart. The Clear TV Key Antenna attaches directly to the cable output located on the backside of the television. This means it alleviates power cords running the length of your living room. Second, the antenna is tall and thin, taller and thinner compared to other versions, which means it can hide discreetly behind most televisions. Of course, this is contingent upon the type you have. If you have a television which is 32” or smaller, a portion of your new Clear TV Key Antenna will probably stick out on top. Basically, the smaller your television set, the more of the antenna will show. That said, this is also subject to change based on where the cable output is located on your television.

Do not buy Clear Tv Key online before searching Amazon.
- Alternatives or the same items are always available and sometimes at lower prices.

Do not buy Clear Tv Key online before searching Amazon.
- Alternatives or the same items are always available and sometimes at lower prices. 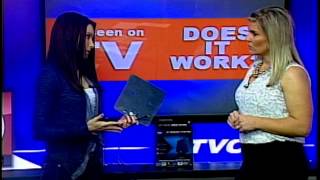 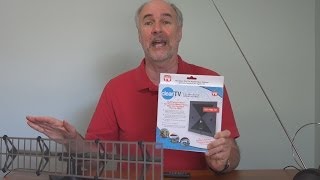 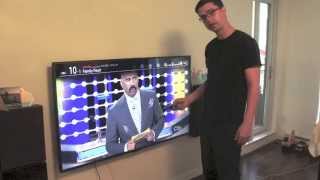 Bought two. First one fell apart while trying to connect it to the tv. The second one mounted, gets fewer channels than rabbit ears. We live less than 5 miles from 3 broadcast towers and only pick up one. Don't waste your money. Another rip-off internet item.

Don't waste your money. If you watch how to install the antenna on youtube you should probably wait to buy your antenna. The video doesn't show the antenna. It shows an accessory you can buy, not the antenna. It also forgets to say that you can only get 35-mile distance from a tower. This is so false advertising and you know where they can put their piece of crap.

This is garbage and does not work as described for me.